Effects of VR Gaming and Game Genre on Player Experience 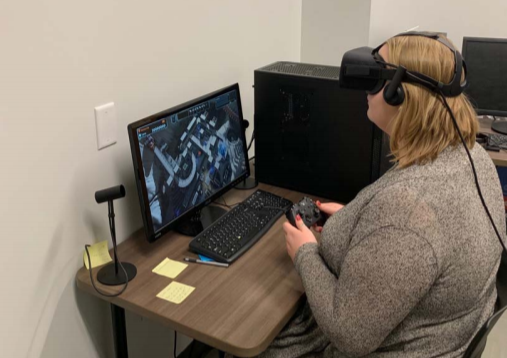 With the increasing availability of modern virtual reality (VR) headsets, the use and applications of VR technology for gaming purposes have become more pervasive than ever. Despite the growing popularity of VR gaming, user studies into how it might affect the player experience (PX) during the gameplay are scarce. Accordingly, the current study investigated the effects of VR gaming and game genre on PX. We compared PX metrics for two game genres, strategy (more interactive) and racing (less interactive), across two gaming platforms, VR and traditional desktop gaming. Participants were randomly assigned to one of the gaming platforms, played both a strategy and racing game on their corresponding platform, and provided PX ratings. Results revealed that, regardless of the game genre, participants in the VR gaming condition experienced a greater level of sense of presence than did those in the desktop gaming condition. That said, results showed that the two gaming platforms did not significantly differ from one another in PX ratings. As for the effect of game genre, participants provided greater PX ratings for the strategy game than for the racing game, regardless of whether the game was played on a VR headset or desktop computer. Collectively, these results indicate that although VR gaming affords a greater sense of presence in the game environment, this increase in presence does not seem to translate into a more satisfactory PX when playing either a strategy or racing game.