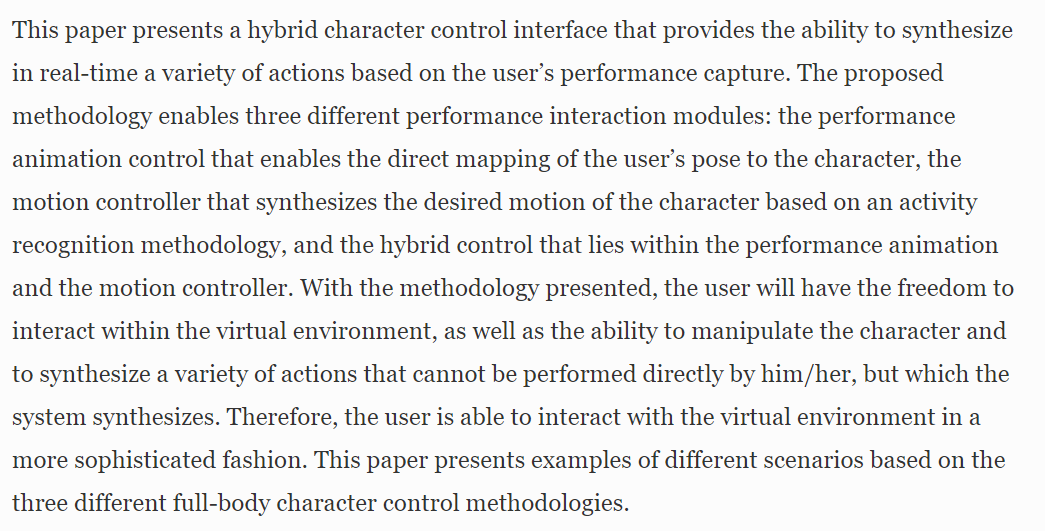 This paper presents a hybrid character control interface that provides the ability to synthesize in real-time a variety of actions based on the user’s performance capture. The proposed methodology enables three different performance interaction modules: the performance animation control that enables the direct mapping of the user’s pose to the character, the motion controller that synthesizes the desired motion of the character based on an activity recognition methodology, and the hybrid control that lies within the performance animation and the motion controller. With the methodology presented, the user will have the freedom to interact within the virtual environment, as well as the ability to manipulate the character and to synthesize a variety of actions that cannot be performed directly by him/her, but which the system synthesizes. Therefore, the user is able to interact with the virtual environment in a more sophisticated fashion. This paper presents examples of different scenarios based on the three different full-body character control methodologies.