PDF: Analysis of Differences in the Manner to Move Object in Real Space and Virtual Space Using Haptic Device for Two Fingers and HMD 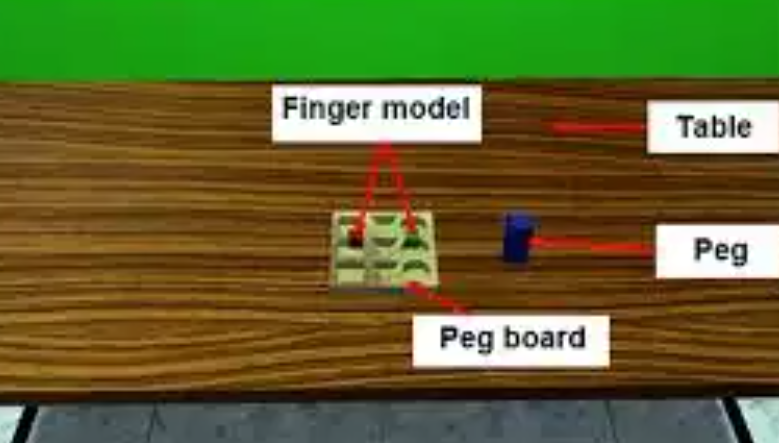 One of the elements that make up VR is “self-projection”. This is to create a state where a person can enter the virtual space and experience it as a first person. If not only HMD but also haptic devices can be used to touch and move objects in the virtual space with the haptic sensation, it is thought that self-projection performance will improve. Therefore, we developed a haptic device with two rings (two-point control type SPIDAR-GCC) so that the user can perform knob operation in the same way as in reality. And we constructed workspaces in virtual and real space with highly similarity to investigate the difference between the work performed in virtual space and in real space. Using this device and HMD, the experimental participants were asked to accomplish a pick-and-place task which is pinching the peg with two fingers and insert it into the hole in the pegboard. In this experiment, the difference in the manner to move objects between in real space and in virtual space was observed. It was mainly due to the errors of measuring the displacements of fingers in the haptic device.