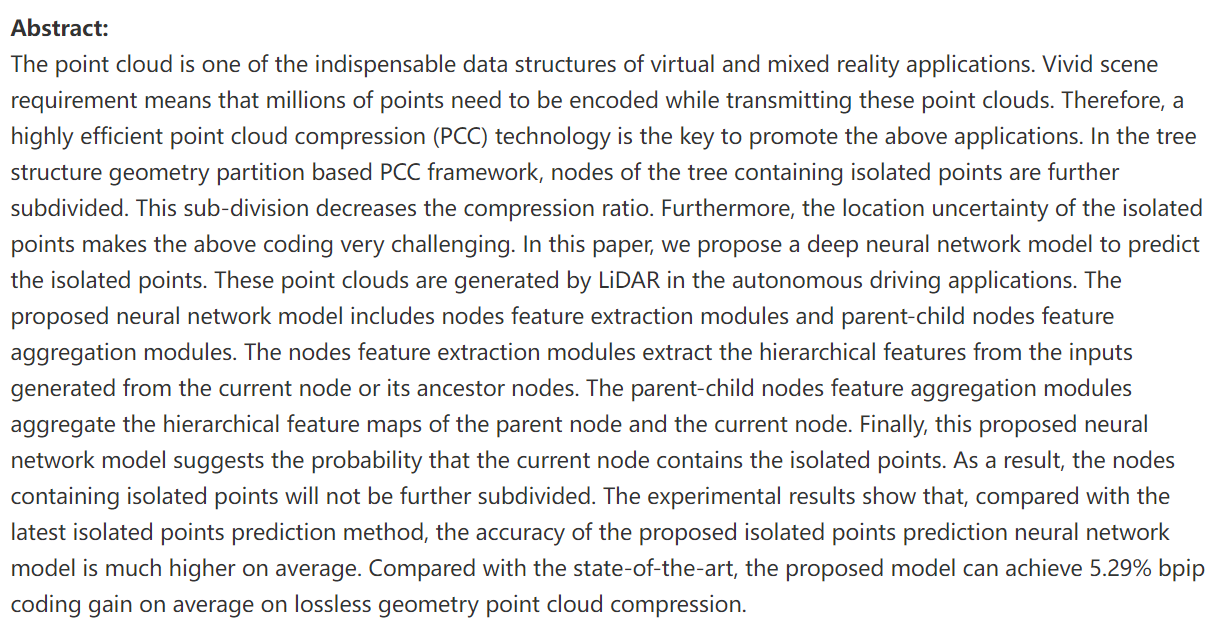 The point cloud is one of the indispensable data structures of virtual and mixed reality applications. Vivid scene requirement means that millions of points need to be encoded while transmitting these point clouds. Therefore, a highly efficient point cloud compression (PCC) technology is the key to promote the above applications. In the tree structure geometry partition based PCC framework, nodes of the tree containing isolated points are further subdivided. This sub-division decreases the compression ratio. Furthermore, the location uncertainty of the isolated points makes the above coding very challenging. In this paper, we propose a deep neural network model to predict the isolated points. These point clouds are generated by LiDAR in the autonomous driving applications. The proposed neural network model includes nodes feature extraction modules and parent-child nodes feature aggregation modules. The nodes feature extraction modules extract the hierarchical features from the inputs generated from the current node or its ancestor nodes. The parent-child nodes feature aggregation modules aggregate the hierarchical feature maps of the parent node and the current node. Finally, this proposed neural network model suggests the probability that the current node contains the isolated points. As a result, the nodes containing isolated points will not be further subdivided. The experimental results show that, compared with the latest isolated points prediction method, the accuracy of the proposed isolated points prediction neural network model is much higher on average. Compared with the state-of-the-art, the proposed model can achieve 5.29% bpip coding gain on average on lossless geometry point cloud compression.