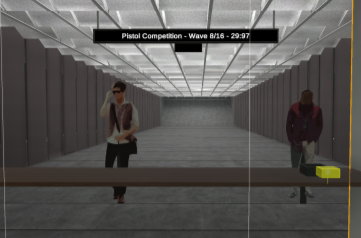 Immersive virtual avatars can powerfully affect a user’s behavior. Some changes in behavior can be positive, although some can be negative and unknown to the user. A hypothesis could be made that embodying an immersive virtual avatar could negatively effect a user’s implicit bias, this would be a serious cause for concern with regard to the recent emergence of consumer virtual reality games. Here, I describe a pilot study exploring the area of immersive virtual avatars and their effects on a user’s implicit associations. In this study n=26 where white males were either a white or black avatar, and then proceeded to shoot at human-shaped cutouts in a simulated shooting game. A significant difference was observed between two conditions, however in the opposite direction that was hypothesized; participants who embodied the white avatar recorded a lower implicit bias.