Toward Standardized Classification of Foveated Displays

Emergent in the field of head mounted display design is a desire to leverage the limitations of the human visual system to reduce the computation, communication, and display workload in power and form-factor constrained systems. Fundamental to this reduced workload is the ability to match display resolution to the acuity of the human visual system, along with a resulting need to follow the gaze of the eye as it moves, a process referred to as foveation. A display that moves its content along with the eye may be called a Foveated Display, though this term is also commonly used to describe displays with non-uniform resolution that attempt to mimic human visual acuity. We therefore recommend a definition for the term Foveated Display that accepts both of these interpretations. Furthermore, we include a simplified model for human visual Acuity Distribution Functions (ADFs) at various levels of visual acuity, across wide fields of view and propose comparison of this ADF with the Resolution Distribution Function of a foveated display for evaluation of its resolution at a particular gaze direction. We also provide a taxonomy to allow the field to meaningfully compare and contrast various aspects of foveated displays in a display and optical technology-agnostic manner. 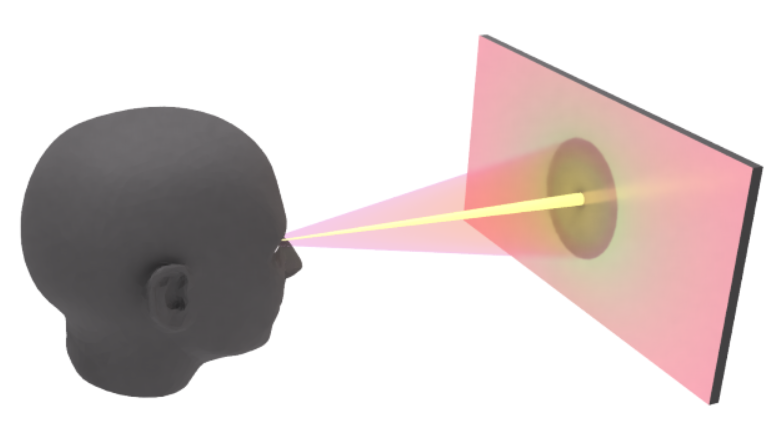