HoVR-type: smartphone as a typing interface in VR using hovering 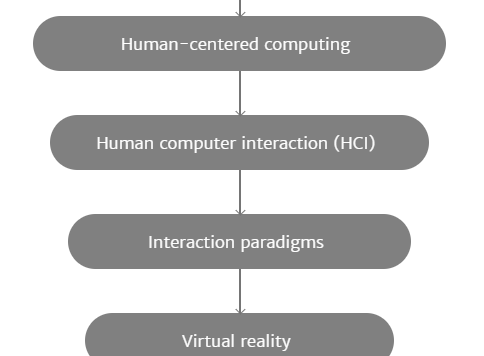 We propose a text entry method for VR, using the smartphone and its hovering function, called the HoVR-Type. The hovering function effectively acts as the finger tracking sensor thereby allowing the user to type in the virtual space. When added with the additional phase to correct the initial touch input and having the final key entered upon the finger release, the proposed method showed competitive performance to that of the conventional “aim-and-shoot” method and also exhibited much higher usability. Overall, the use of the smartphone leverages on the already established mobile user experience and can be further extended to other VR interaction techniques so that one can use the common smartphone as an all-purpose VR interaction device.