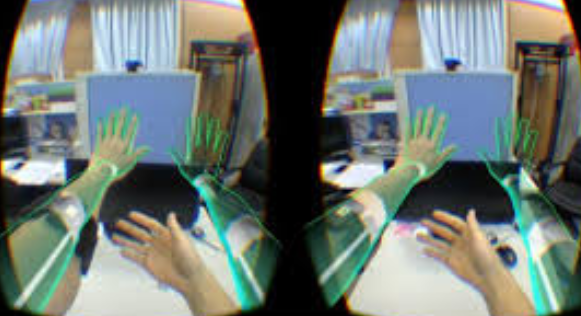 In many activities, such as martial arts, physical exercise, and physiotherapy, the users are asked to perform a sequence of body movements with highly accurate arm positions. Sometimes, the movements are too complicated for users to learn, even by imitating the action of the coach directly. This paper presents a fully immersive augmented reality (AR) system, which provides egocentric hints to guide the arm movement of the user via a video see-through head-mounted display (HMD). By using this system, the user can perform the exactitude of arm movement simply by moving his arms to follow and match the virtual arms, rendered from coach’s movement of database, in the first-person view. To ensure the rendered virtual arms correctly aligned with the user’s real shoulders, a calibration method is proposed to estimate the length of the user’s arms and the positions of his head and shoulders in advance. In addition, we apply the system to Tai-Chi-Chuan practicing, our preliminary study has shown that the proposed egocentric hints can provide intuitive guidance for users to follow the arm movement of the coach with exactitude.