Teams: The University of Texas at Dallas 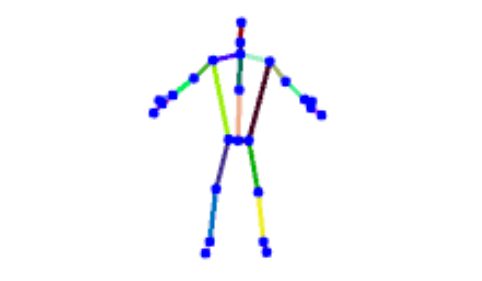 3D Tele-Immersion (3DTI) systems capture and transmit large volumes of data per frame to enable virtual world interaction between geographically distributed people. Large delays/latencies introduced during the transmission of these large volumes of data can lead to poor quality of experience of the 3DTI systems. Such poor experiences can possibly be overcome by animating the previously received mesh using the current skeletal data (that is very small in size and hence experiences much lower communication delays). However, using just the previously transmitted mesh for animation is not ideal and could render inconsistent results. In this paper, we present a DIstortion Score based Pose SElection (DISPOSE) approach to render the person by using an appropriate mesh for a given pose. Unlike pose space animation methods that require manual or offline time consuming pose set creation, our distortion score based scheme can choose the mesh to be transmitted and update the pose set accordingly. DISPOSE works with partial meshes and does not require dense registration enabling real time pose space creation. With DISPOSE incorporated into 3DTI, the latency for rendering the mesh on the receiving side is limited by only the transmission delay of the skeletal data (which is only around 250 bytes). Our evaluations show the effectiveness of DISPOSE for generating good quality online animation faster than real time.