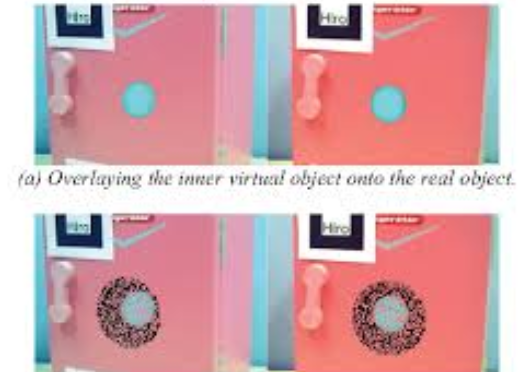 A practical application of Augmented Reality (AR) is see-through vision, a technique that enables a user to observe a virtual object located behind a real object by superimposing the virtually visualized inner object onto the real object surface. This technique is considered to be effective in several areas, including medical [Bichlmeier et al. 2007] [Lerotic et al. 2007] [Nicolau et al. 2011] [Sielhorst, et al. 2006] and industrial visualizations [Schall et al. 2009] [Zollmann et al. 2010]. In these applications, one challenge is determining how to cause a virtual object to appear behind a real object surface.