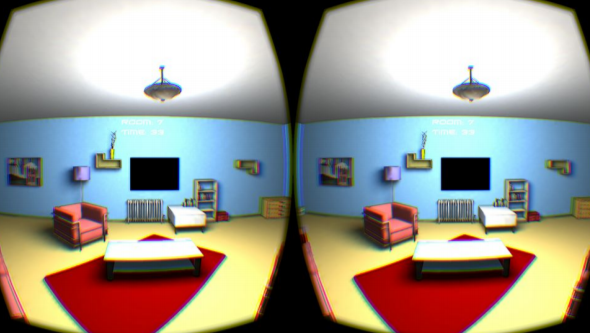 In the present change blindness study subjects explored stereoscopic three dimensional (3D) environments through a virtual reality (VR) headset. A novel method that tracked the subjects’ head movements was used for inducing changes in the scene whenever the changing object was out of the field of view. The effect of change location (foreground or background in 3D depth) on change blindness was investigated. Two experiments were conducted, one in the lab (n = 50) and the other online (n = 25). Up to 25% of the changes were undetected and the mean overall search time was 27 seconds in the lab study. Results indicated significantly lower change detection success and more change cycles if the changes occurred in the background, with no differences in overall search times. The results confirm findings from previous studies and extend them to 3D environments. The study also demonstrates the feasibility of online VR experiments.