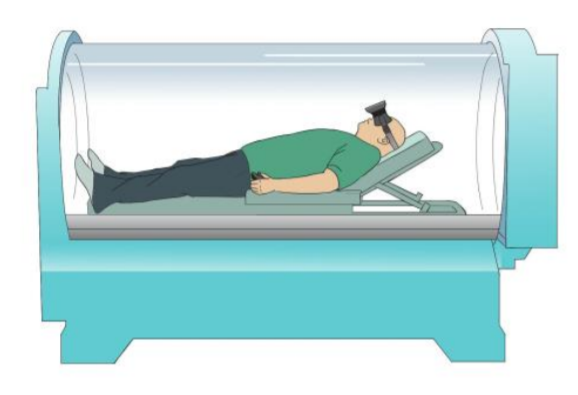 This is the preprint version of our paper on REHAB2015. This paper proposed a novel immersive entertainment system for the users of hyperbaric oxygen therapy chamber. The system is a hybrid of hardware and software, the scheme is described in this paper. The hardware is combined by a HMD (i.e. virtual reality glasses shell), a smartphone and a waterproof bag. The software is able to transfer the stereoscopic images of the 3D game to the screen of the smartphone synchronously. The comparison and selection of the hardware are discussed according to the practical running scene of the clinical hyperbaric oxygen treatment. Finally, a preliminary guideline for designing this kind of system is raised accordingly.