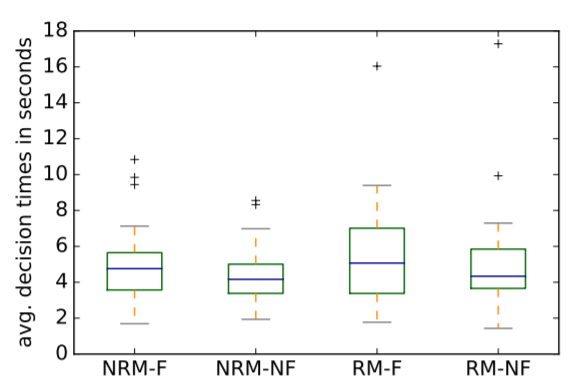 Screen-based Augmented Reality (AR) systems can be built as a window into the real world as often done in mobile AR applications or using the Magic Mirror metaphor, where users can see themselves with augmented graphics on a large display. Such Magic Mirror systems have been used in digital clothing environments to create virtual dressing rooms, to teach human anatomy, and for collaborative design tasks. The term Magic Mirror implies that the display shows the users enantiomorph, i.e. the mirror image, such that the system mimics a real-world physical mirror. However, the question arises whether one should design a traditional mirror, or instead display the true mirror image by means of a non-reversing mirror? This is an intriguing perceptual question, as the image one observes in a mirror is not a real view, as it would be seen by an external observer, but a reflection, i.e. a front-to-back reversed image. In this paper, we discuss the perceptual differences between these two mirror visualization concepts and present a first comparative study in the context of Magic Mirror anatomy teaching. We investigate the ability of users to identify the correct placement of virtual anatomical structures in our screen-based AR system for two conditions: a regular mirror and a non-reversing mirror setup. The results of our study indicate that the latter is more suitable for applications where previously acquired domain-specific knowledge plays an important role. The lessons learned open up new research directions in the fields of user interfaces and interaction in non-reversing mirror environments and could impact the implementation of general screen-based AR systems in other domains.