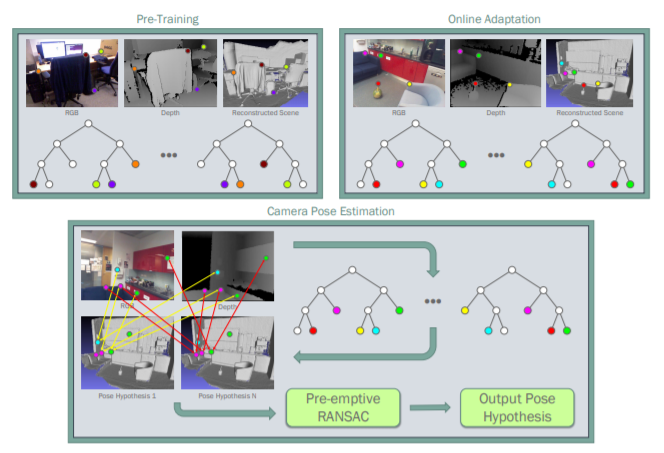 Camera relocalisation is an important problem in computer vision, with applications in simultaneous localisation and mapping, virtual/augmented reality and navigation. Common techniques either match the current image against keyframes with known poses coming from a tracker, or establish 2D-to-3D correspondences between keypoints in the current image and points in the scene in order to estimate the camera pose. Recently, regression forests have become a popular alternative to establish such correspondences. They achieve accurate results, but must be trained offline on the target scene, preventing relocalisation in new environments. In this paper, we show how to circumvent this limitation by adapting a pre-trained forest to a new scene on the fly. Our adapted forests achieve relocalisation performance that is on par with that of offline forests, and our approach runs in under 150ms, making it desirable for real-time systems that require online relocalisation.