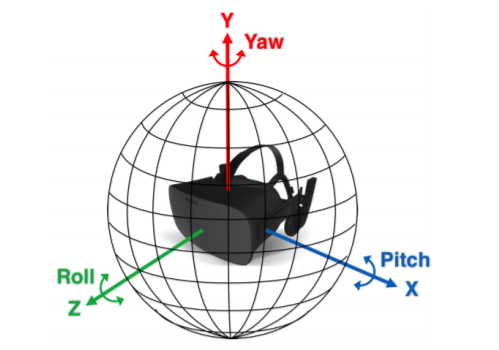 The recent rise of interest in Virtual Reality (VR) came with the availability of commodity commercial VR products, such as the Head Mounted Displays (HMD) created by Oculus and other vendors. One of the main applications of virtual reality that has been recently adopted is streaming sports events. For instance, the last olympics held in Rio De Janeiro was streamed over the Internet for users to view on VR headsets or using 360 video players. A big challenge for streaming VR sports events is the users limited bandwidth and the amount of data required to transmit 360 videos. While 360 video demands high bandwidth, at any time instant users are only viewing a small portion of the video according to the HMD field of view (FOV). Many approaches have been proposed in the literature such as proposing new representations (e.g. pyramid and offset-cubemap) and tiling the video and streaming the tiles currently being viewed. In this paper, we propose a tiled streaming framework, where we provide a degrading quality model similar to the state-of-the-art offset-cubemap while minimizing its storage requirements at the server side. We conduct objective studies showing the effectiveness of our approach providing smooth degradation of quality from the user FOV to the back of the 360 space. In addition, we conduct subjective studies showing that users tend to prefer our proposed scheme over offset-cubemap in low bandwidth connections, and they don’t feel difference for higher bandwidth connections. That is, we achieve better perceived quality with huge storage savings up to 670%.