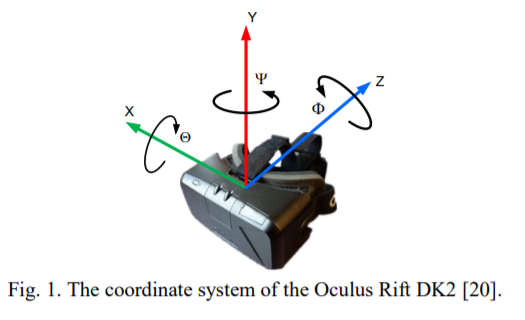 Head gesture is a natural means of face-to-face communication between people but the recognition of head gestures in the context of virtual reality and use of head gesture as an interface for interacting with virtual avatars and virtual environments have been rarely investigated. In the current study, we present an approach for real-time head gesture recognition on head-mounted displays using Cascaded Hidden Markov Models. We conducted two experiments to evaluate our proposed approach. In experiment 1, we trained the Cascaded Hidden Markov Models and assessed the offline classification performance using collected head motion data. In experiment 2, we characterized the real-time performance of the approach by estimating the latency to recognize a head gesture with recorded real-time classification data. Our results show that the proposed approach is effective in recognizing head gestures. The method can be integrated into a virtual reality system as a head gesture interface for interacting with virtual worlds.