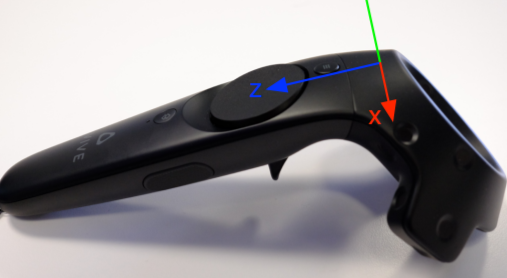 Traditional relative pointing devices such as mice and trackpads are unsuitable for pointing at distant displays, because they encumber the users by requiring either a flat surface to operate on or being held by two hands. Past research has examined many new pointing methods, but few could surpass the speed and accuracy of mice and trackpads. This paper introduces a new pointing system that is developed based on HTC Vive, a relatively low-cost virtual reality system, and proposes two methods of combining absolute and relative pointing. The proposed methods were compared against single-mode pointing methods (i.e., pure absolute pointing and pure relative pointing) in a Fitts’ law study. The results show that with only a short period of practice, one hybrid pointing technique enabled faster and more accurate pointing than both single-mode pointing techniques, which included a trackpad.