ARbis Pictus: A Study of Language Learning with Augmented Reality 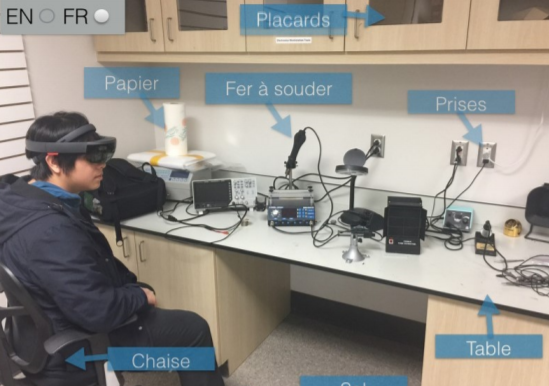 This paper describes “ARbis Pictus” –a novel system for immersive language learning through dynamic labeling of real-world objects in augmented reality. We describe a within-subjects lab-based study (N=52) that explores the effect of our system on participants learning nouns in an unfamiliar foreign language, compared to a traditional flashcard-based approach. Our results show that the immersive experience of learning with virtual labels on real-world objects is both more effective and more enjoyable for the majority of participants, compared to flashcards. Specifically, when participants learned through augmented reality, they scored significantly better by 7% (p=0.011) on productive recall tests performed same-day, and significantly better by 21% (p=0.001) on 4-day delayed productive recall post tests than when they learned using the flashcard method. We believe this result is an indication of the strong potential for language learning in augmented reality, particularly because of the improvement shown in sustained recall compared to the traditional approach.