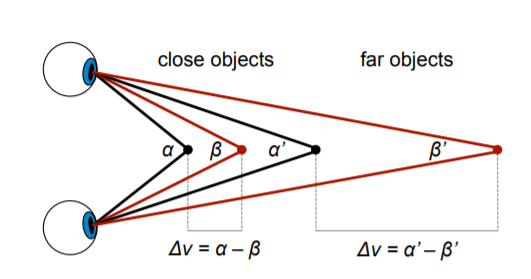 Many augmented reality (AR) applications operate within near-field reaching distances, and require matching the depth of a virtual object with a real object. The accuracy of this matching was measured in three experiments, which examined the effect of focal distance, age, and brightness, within distances of 33.3 to 50 cm, using a custom-built AR haploscope. Experiment I examined the effect of focal demand, at the levels of collimated (infinite focal distance), consistent with other depth cues, and at the midpoint of reaching distance. Observers were too young to exhibit age-related reductions in accommodative ability. The depth matches of collimated targets were increasingly overestimated with increasing distance, consistent targets were slightly underestimated, and midpoint targets were accurately estimated. Experiment II replicated Experiment I, with older observers. Results were similar to Experiment I. Experiment III replicated Experiment I with dimmer targets, using young observers. Results were again consistent with Experiment I, except that both consistent and midpoint targets were accurately estimated. In all cases, collimated results were explained by a model, where the collimation biases the eyes’ vergence angle outwards by a constant amount. Focal demand and brightness affect near-field AR depth matching, while age-related reductions in accommodative ability have no effect.