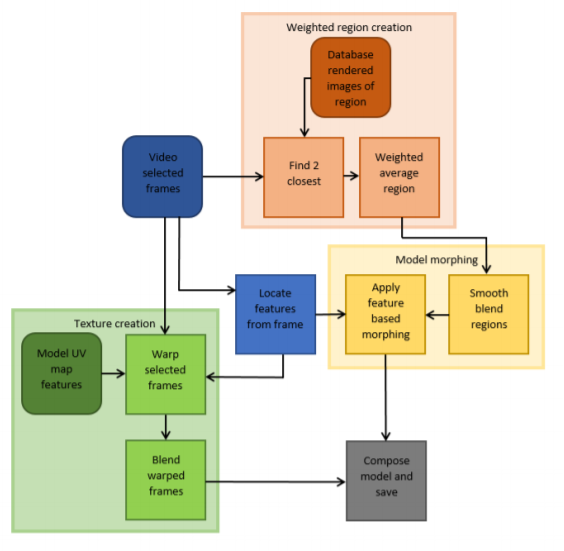 The use of virtual reality (VR) is exponentially increasing and due to that many researchers has started to work on developing new VR based social media. For this purpose it is important to have an avatar of the users which look like them to be easily generated by the devices which are accessible, such as mobile phone. In this paper, we propose a novel method of recreating a 3D human face model captured with a phone camera image or video data. The method focuses more on model shape than texture in order to make the face recognizable. We detect 68 facial feature points and use them to separate a face into four regions. For each area the best fitting models are found and are further morphed combined to find the best fitting models for each area. These are then combined and further morphed in order to restore the original facial proportions. We also present a method of texturing the resulting model, where the aforementioned feature points are used to generate a texture for the resulting model