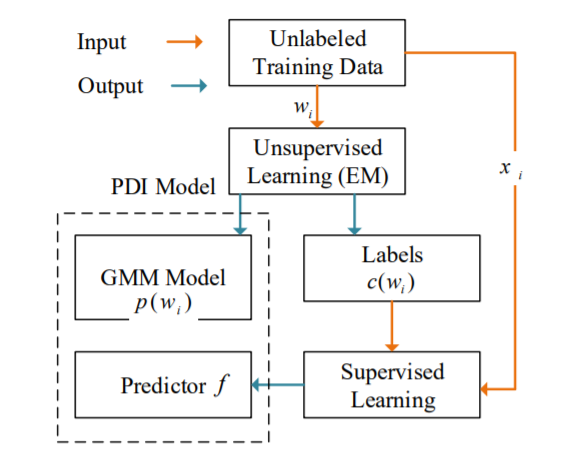 Human-centric applications such as virtual reality and immersive gaming will be central to the future wireless networks. Common features of such services include: a) their dependence on the human user’s behavior and state, and b) their need for more network resources compared to conventional cellular applications. To successfully deploy such applications over wireless and cellular systems, the network must be made cognizant of not only the quality-of-service (QoS) needs of the applications, but also of the perceptions of the human users on this QoS. In this paper, by explicitly modeling the limitations of the human brain, a concrete measure for the delay perception of human users in a wireless network is introduced. Then, a novel learning method, called probability distribution identification, is proposed to find a probabilistic model for this delay perception based on the brain features of a human user. The proposed learning method uses both supervised and unsupervised learning techniques to build a Gaussian mixture model of the human brain features. Given a model for the delay perception of the human brain, a novel brain-aware resource management algorithm based on Lyapunov optimization is proposed for allocating radio resources to human users while minimizing the transmit power and taking into account the reliability of both machine type devices and human users. The proposed algorithm is shown to have a low complexity. Moreover, a closed-form relationship between the reliability measure and wireless physical layer metrics of the network is derived. Simulation results using real data from actual human users show that a brain-aware approach can yield savings of up to 78% in power compared to the system