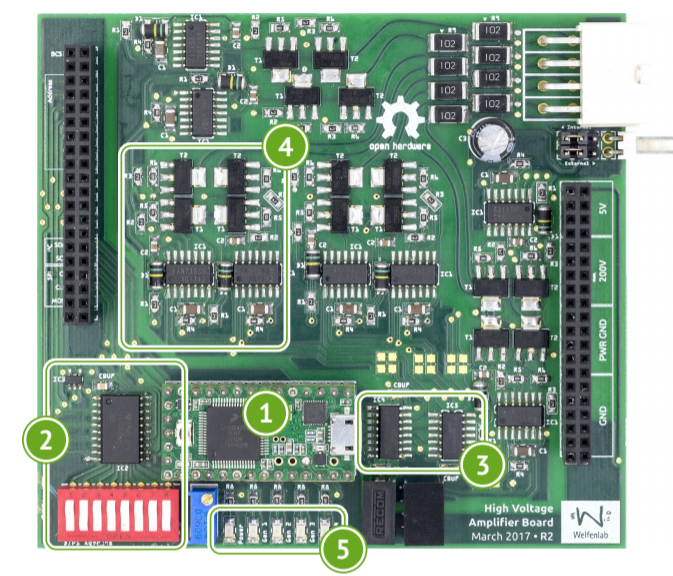 Tactile displays have a wide potential field of applications, ranging from enhancing Virtual-Reality scenarios up to aiding telesurgery as well as in fundamental psychological and neurophysiological research. In this paper, we describe an open source hardware and software architecture that is designed to drive a variety of different tactile displays. For demonstration purposes, a tactile computer mouse featuring a simple tactile display, based on lateral piezoelectric (PZT) actuators, is presented. Even though we will focus on driving mechanical actuators in this paper, the system can be extended to different working principles. The suggested architecture is supplied with a custom, easy to use, software stack allowing a simple definition of tactile scenarios as well as user studies while being especially tailored to non-computer scientists. By releasing the OpenTactile system under MIT license we hope to ease the burden of controlling tactile displays as well as designing and reproducing the related experiments.