Usability of the Size, Spacing, and Depth of Virtual Buttons on Head-Mounted Displays

PDF: Usability of the Size, Spacing, and Depth of Virtual Buttons on Head-Mounted Displays 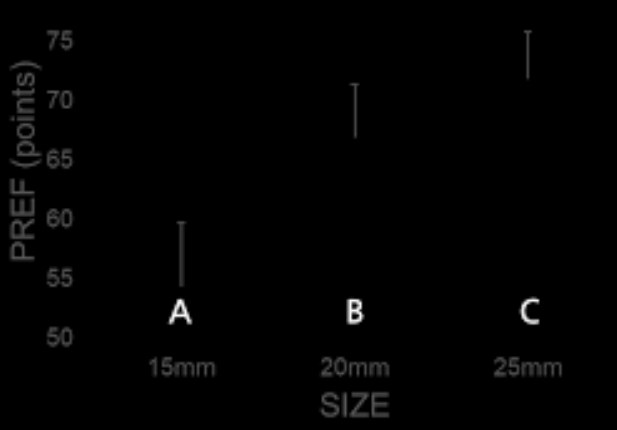 Virtual reality (VR) allows users to see and manipulate virtual scenes and items through input devices, like head-mounted displays. In this study, the effects of button size, spacing, and depth on the usability of virtual buttons in VR environments were investigated. Task completion time, number of errors, and subjective preferences were collected to test different levels of the button size, spacing, and depth. The experiment was conducted in a desktop setting with Oculus Rift and Leap motion. A total of 18 subjects performed a button selection task. The optimal levels of button size and spacing within the experimental conditions are 25 mm and between 5 mm and 9 mm, respectively. Button sizes of 15 mm with 1-mm spacing were too small to be used in VR environments. A trend of decreasing task completion time and the number of errors was observed as button size and spacing increased. However, large size and spacing may cause fatigue, due to continuous extension of the arms. For depth effects, the touch method took a shorter task completion time. However, the push method recorded a smaller number of errors, owing to the visual push-feedback. In this paper, we discuss advantages and disadvantages in detail. The results can be applied to many different application areas with VR HMD.