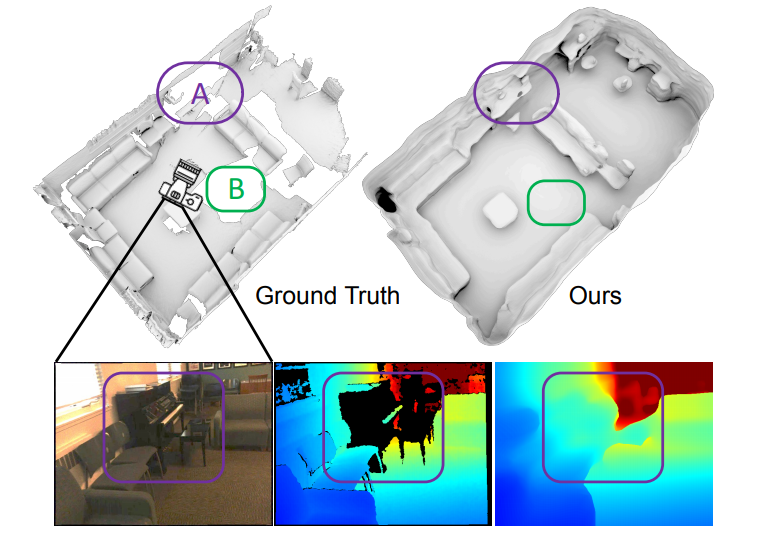 We present an end-to-end 3D reconstruction method for a scene by directly regressing a truncated signed distance function (TSDF) from a set of posed RGB images. Traditional approaches to 3D reconstruction rely on an intermediate representation of depth maps prior to estimating a full 3D model of a scene. We hypothesize that a direct regression to 3D is more effective. A 2D CNN extracts features from each image independently which are then back-projected and accumulated into a voxel volume using the camera intrinsics and extrinsics. After accumulation, a 3D CNN refines the accumulated features and predicts the TSDF values. Additionally, semantic segmentation of the 3D model is obtained without significant computation. This approach is evaluated on the Scannet dataset where we significantly outperform state-of-the-art baselines (deep multiview stereo followed by traditional TSDF fusion) both quantitatively and qualitatively. We compare our 3D semantic segmentation to prior methods that use a depth sensor since no previous work attempts the problem with only RGB input.