Action Prediction in Humans and Robots 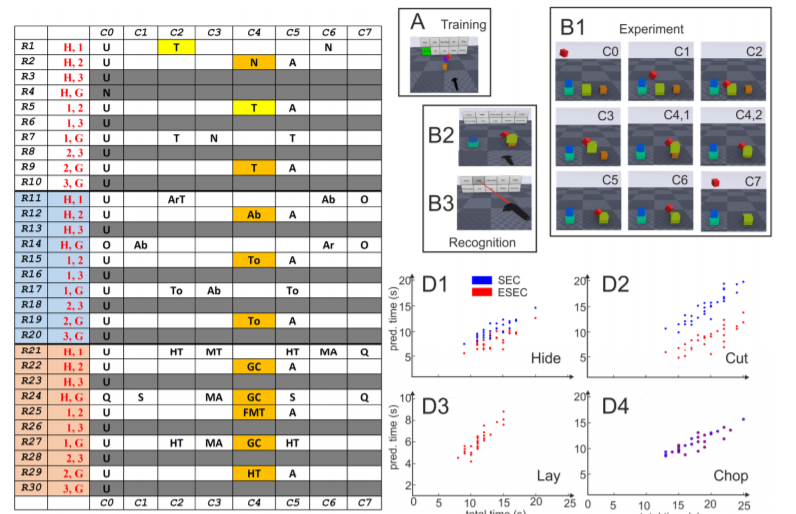 Efficient action prediction is of central importance for the fluent workflow between humans and equally so for human-robot interaction. To achieve prediction, actions can be encoded by a series of events, where every event corresponds to a change in a (static or dynamic) relation between some of the objects in a scene. Manipulation actions and others can be uniquely encoded this way and only, on average, less than 60% of the time series has to pass until an action can be predicted. Using a virtual reality setup and testing ten different manipulation actions, here we show that in most cases humans predict actions at the same event as the algorithm. In addition, we perform an in-depth analysis about the temporal gain resulting from such predictions when chaining actions and show in some robotic experiments that the percentage gain for humans and robots is approximately equal. Thus, if robots use this algorithm then their prediction-moments will be compatible to those of their human interaction partners, which should much benefit natural human-robot collaboration.