Action Recognition Based on a Bag of 3D Points

Title: Action Recognition Based on a Bag of 3D Points

This paper presents a method to recognize human actions from sequences of depth maps. Specifically, we employ an action graph to model explicitly the dynamics of the actions and a bag of 3D points to characterize a set of salient postures that correspond to the nodes in the action graph. In addition, we propose a simple, but effective projection based sampling scheme to sample the bag of 3D points from the depth maps. Experimental results have shown that over 90% recognition accuracy were achieved by sampling only about 1% 3D points from the depth maps. Compared to the 2D silhouette based recognition, the recognition errors were halved. In addition, we demonstrate the potential of the bag of points posture model to deal with occlusions through simulation. 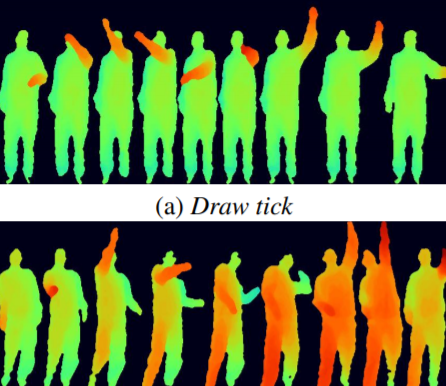