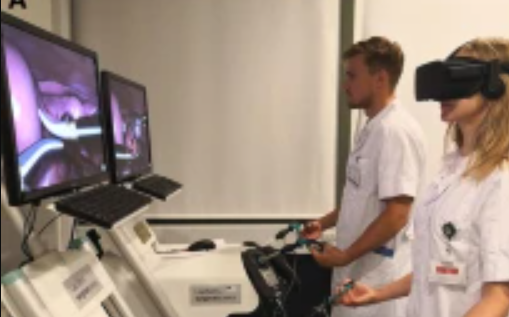 Methods
A randomized controlled trial of residents (n = 31) performing laparoscopic salpingectomies with an ectopic pregnancy in either immersive VR or conventional VR simulation. Cognitive load was estimated by secondary-task reaction time at baseline, and during nonstressor and stressor phases of the procedure. Simulator metrics were used to evaluate performance.

Results
Cognitive load was increased by 66% and 58% during immersive VR and conventional VR simulation, respectively (p < 0.001), compared to baseline. A light stressor induced a further increase in cognitive load by 15.2% and a severe stressor by 43.1% in the immersive VR group compared to 23% (severe stressor) in the conventional VR group. Immersive VR also caused a significantly worse performance on most simulator metrics.