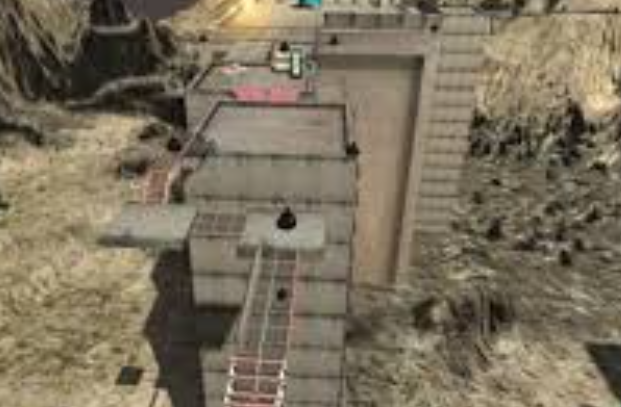 A virtual environment was designed and implemented in order to examine emotional responses while playing in a virtual reality. A game based design approach was used to create a convincing narrative and meaningful tasks that are simultaneously used to access the users’ emotional state. Self-reported ratings on emotions and game experience were incorporated into a background story and conducted while playing. An exploratory study was conducted to evaluate the concept regarding game experience, level of immersion and persuasiveness of the environment. Additionally, differences in emotional state and game experience while playing using the head-mounted display versus using the monitor were assessed. The outcome of individually gathered qualitative data was analyzed. The environment proved suitable for detecting emotional states and game experience and was generally highly accepted by the players. Users reported a high level of presence while engaging with the environment and did not feel a break of immersion in the game as they rated their experience. Further applications, current limitations and possible improvements are discussed.