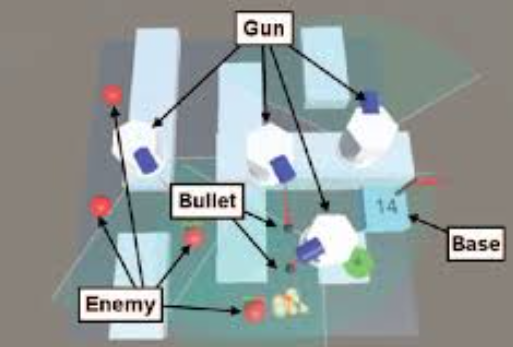 Output devices to view Virtual Reality (VR), like Head Mount Displays, are getting common lately. However, there is no standard input devices to tell computers user’s intention in VR yet. According to the naive intuition, using real objects that has similar shapes as in VR is the better way than using controllers like mouses or game controllers to manipulate objects showed in VR. But is it true? To make it clear, we develop an game system like tower defense. Users played the game in two ways, one is using real objects, the other is using mouse to place “Towers”. As the result of questionnaire after game plays, “easy to use” factor was lower for the real objects operation mainly because of the technical difficulties like object detection failure. But the “fun to use” factor was still higher for the real objects than the controllers. It show that using real objects has high potential for interaction between users and the VR system.