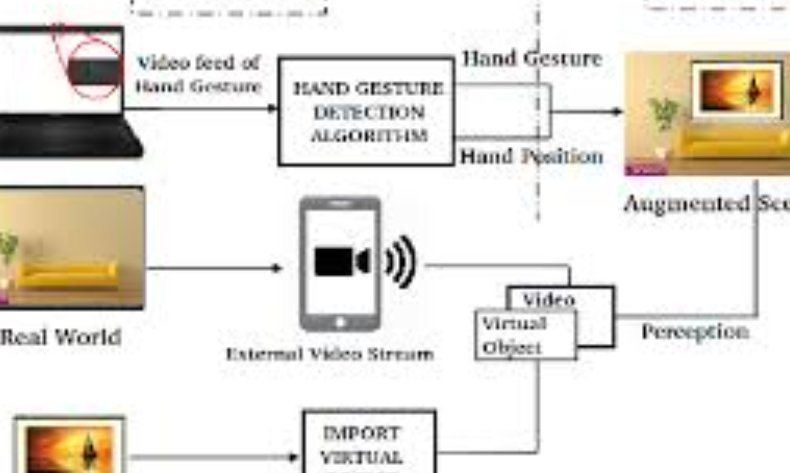 Augmented Reality (AR) is an emerging field, which is evolving exponentially. Its concept is to coalesce the virtual world into the real world. The augmented reality intent to enhance our perception of the real world by integrating virtual objects. The existing Augmented Reality Hand gesture control systems detect hand gesture and embed the virtual object in augmented reality using markers and motion sensing devices like Kinect. In this paper, a new Hand Gesture Control in Augmented Reality System (HGCARS) is introduced in which the gesture recognition is performed using a secondary camera and the reality is captured using an IP camera. The virtual object is inserted into the video feed obtained from an IP camera. The virtual object is controlled by using the position and depth of user’s hand, measured using a simple webcam, thus reducing the cost of implementation.