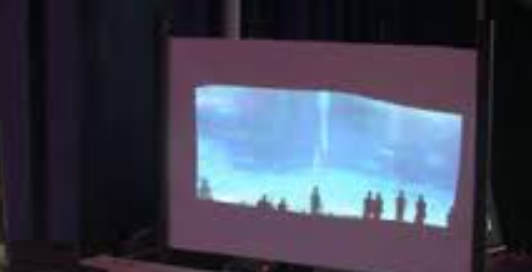 The state of the art VR/AR devices provide access to completely virtual environments or augment information on the existing world seen by the user. Wearable devices encumber the users, and sometimes even cut them off completely from the real world. Users interact with digital avatars instead of the real people themselves. Spatially augmented reality (SAR) instead focuses on illuminating physical spaces with one or more projectors which when observed by one or more cameras can enable unique interaction modalities between the physical space and multiple users in or around the space without being encumbered by any wearable device. This talk will present a new SAR paradigm of ubiquitous displays where displays are not mere carriers of information, but as agents – active members of the workspace interacting with data, user, environment and other displays. The goal is to integrate such active displays seamlessly with the environment making them ubiquitous to multiple users and data. This talk will present the overview of a decade long research at University of California, Irvine that has been instrumental in making SAR paradigm via the ubiquitous displays accessible and affordable. They are already gaining traction as projected augmented reality and hold the promise to be a critical component of the future collaborative workspace.