Popular Virtual Reality (VR) tools allow users to draw varying-width, ribbonlike 3D brush strokes by moving a hand-held controller in 3D space. Artists frequently use dense collections of such strokes to draw virtual 3D shapes. We propose SurfaceBrush, a surfacing method that converts such VR drawings into user-intended manifold free-form 3D surfaces, providing a novel approach for modeling 3D shapes. The inputs to our method consist of dense collections of artist-drawn stroke ribbons described by the positions and normals of their central polylines, and ribbon widths. These inputs are highly distinct from those handled by existing surfacing frameworks and exhibit different sparsity and error patterns, necessitating a novel surfacing approach. We surface the input stroke drawings by identifying and leveraging local coherence between nearby artist strokes. In particular, we observe that strokes intended to be adjacent on the artist imagined surface often have similar tangent directions along their respective polylines. We leverage this local stroke direction consistency by casting the computation of the user-intended manifold surface as a constrained matching problem on stroke polyline vertices and edges. We first detect and smoothly connect adjacent similarly-directed sequences of stroke edges producing one or more manifold partial surfaces. We then complete the surfacing process by identifying and connecting adjacent similarly directed edges along the borders of these partial surfaces. We confirm the usability of the SurfaceBrush interface and the validity of our drawing analysis via an observational study. We validate our stroke surfacing algorithm by demonstrating an array of manifold surfaces computed by our framework starting from a range of inputs of varying complexity, and by comparing our outputs to reconstructions computed using alternative means. 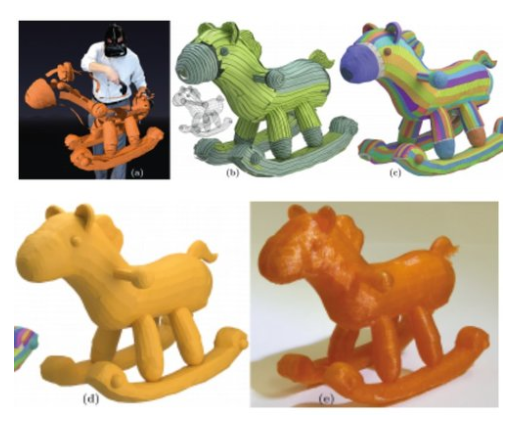