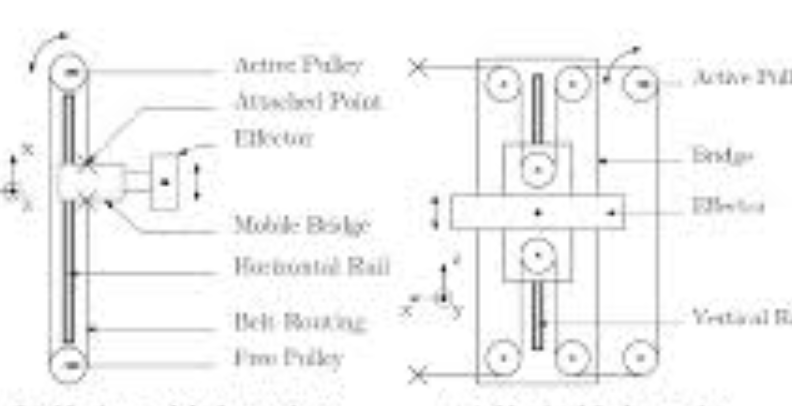 This paper presents motion planning and control algorithms for a belt-driven locomotion interface that allows the rendering of an infinite virtual environment, in which a user can walk on a level surface or walk up (or down) stairs. The paper mainly focuses on the development of the cancellation algorithm that brings the user back in the physical workspace of the locomotion interface, and thus generates the feeling of the infinite virtual environment. First, the paper summarizes the kinematics and the dynamics of the locomotion interface, the strategy implemented to lower the apparent inertia of the end-effector and to deal with the swing phase of the gait. Then, the cancellation algorithm that renders the infinite motion within the finite workspace is introduced. Finally, preliminary experiments demonstrate the use of the mechanism to render the described virtual environment, namely level floor, ascending and descending stairs.