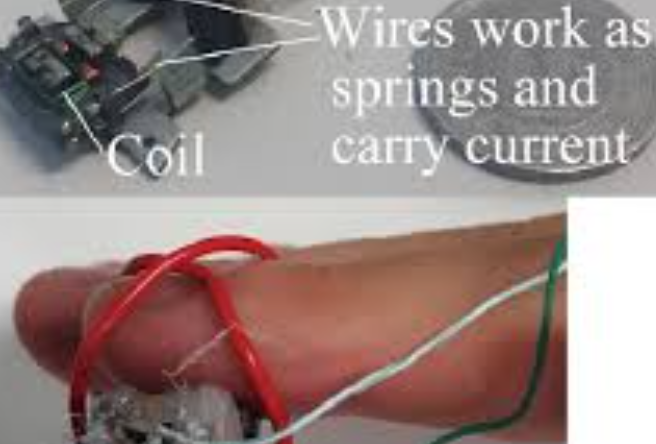 This paper presents a simple but effective way of enhancing tactile stimulus by a mechanism with springs to preserve elastic energies charged in a prior energy-charging phase and discharge them to enhance the force to hit a finger in the stimulating phase. With this mechanism, a small and light stimulator attached to the fingertip is developed and demonstrated to generate the tactile feedback strong enough to make people feel as if their fingers collide with a virtual object. It is also shown that the durations of the two phases can be as short as a few milliseconds so that the latency in tactile feedback can be negligible. The performance of the mechanism and the effectiveness of its tactile feedback are evaluated for in-air keypress and swipe operations.