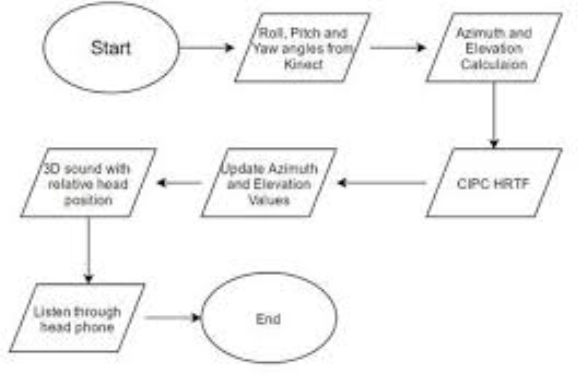 3D sounds systems are not new in multimedia world. A normal sound system can generate 3D sounds. When these systems are integrated with Virtual Reality (VR), or Augmented Reality (AR) where the image and sound both are dependent on the position of viewer, they are unable to generate 3D sound, because such systems are based on the body position. The paper proposes a head tracking based 3D sound system that utilizes Microsoft Kinect for head tracking, and Head Related Transfer Function (HRTF) for 3D sound generation. Initial results show promising future of the proposed technique for 3D sound generation.