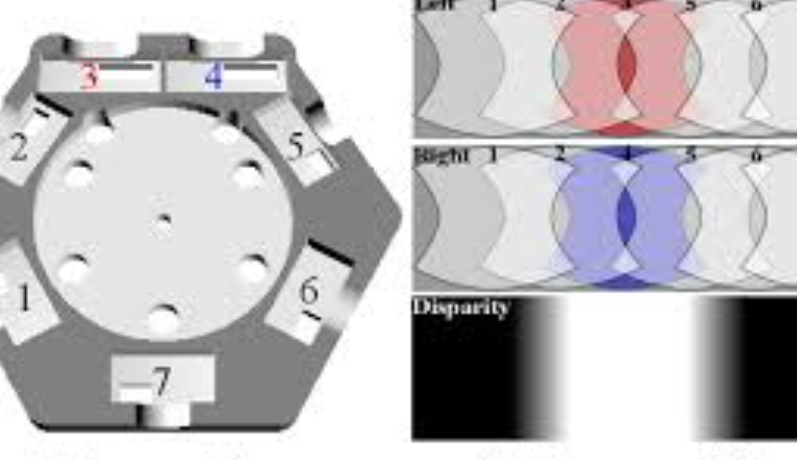 Although virtual reality (VR) and 360° panoramic videos amplify the viewer’s immersion, they bring unique challenges from a content creator’s perspective. As the audience gazes all around, the intended region of interest may not be seen at the right moment. In this paper, we present a novel hybrid 360° panoramic video camera rig that has both stereoscopic and monoscopic regions. Such non-uniform distribution of disparity serves as a new cinematographic tool. We also propose a custom camera rig capable of recording the hybrid format and is meant to be used similarly to a conventional camera: track the subject of interest and keep it inside the stereoscopic region. Camera tracking reduces motion blur of the subject. The rotational motion caused by tracking are decoupled from the stitched output video to reduce cybersickness. The stitched hybrid format was acceptable when tested on three different settings where the camera rig went through: no motion, yaw rotation, and any motion.