A subjective study on QoE of 360 video for VR communication

PDF: A subjective study on QoE of 360 video for VR communication 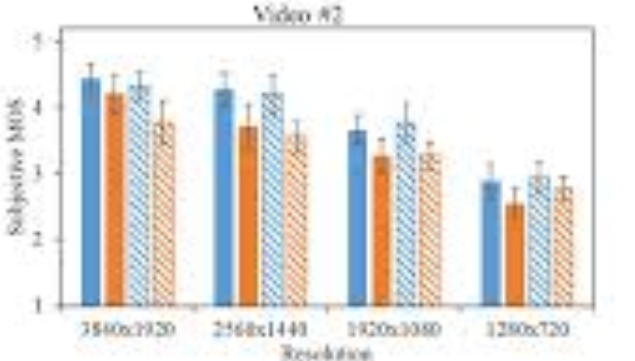 Currently, more and more 360-degree videos (or 360 videos for short) are being provided via the Internet. This kind of videos can render a virtual reality (VR) environment via a head-mounted display (HMD). However, understanding the quality of experience (QoE) of 360 videos is a big challenge because user experience in VR is a very complex phenomenon. In this paper, the QoE of 360 videos is considered in terms of four aspects, namely perceptual quality, presence, acceptability, and cybersickness. Subjective tests are designed to investigate the influences of important factors including encoding parameters, content characteristics, and device types on QoE aspects. In addition, a comparison of perceptual quality and acceptability between VR and non-VR rendering modes, which refer to watching 360 videos with and without using an HMD respectively, is also made in this study. To the best of our knowledge, this is the first study that covers these four QoE aspects and a large number of influence factors.