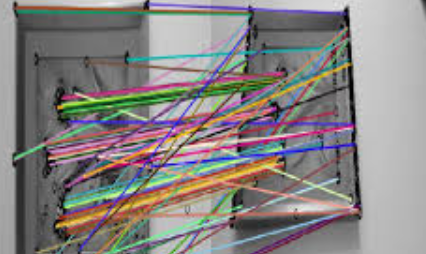 With the rapid advancement of technology, augmented reality has been very successful in a lot of industries like medical, education and entertainment. We offer an application called The Wanderer which is a markerless augmented reality game. It aims to enhance object position awareness indoors and outdoors by merging geolocation technology and object detection algorithms that allow the virtual objects to be superimposed on a real object. The geolocation is used for filtering the dataset by getting the location of the user enabling the developers to know the nearby objects from the user and making them interact with these objects. The object detection uses ORB Algorithm for feature extraction and FLANN algorithm for finding the nearest neighbour of the extracted frames. The quests will be superimposed by using the markerless augmented realitys algorithm object detection and with the help of the smart phone’s sensor, the item will be augmented on real time objects, other features of the game will be applied using the same logic. Moreover, helping with charitable events, donations, and advertisements the Wanderer has a big potential in aiding with extra curricular activities and putting organizations on the map.