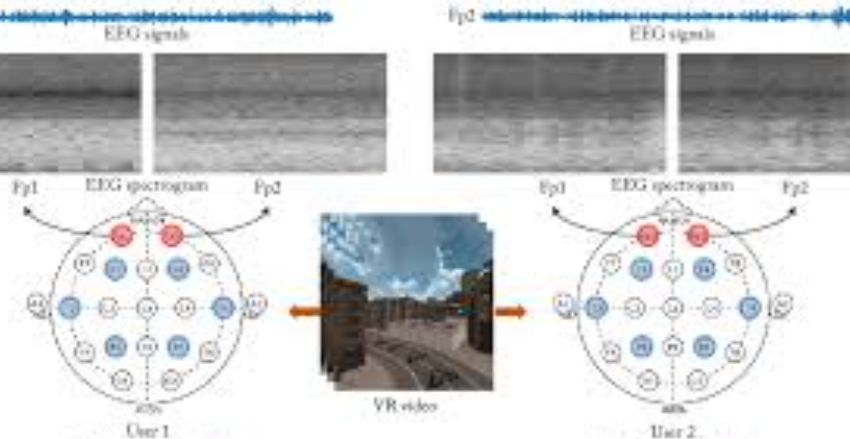 What if we could interpret the cognitive state of a user while experiencing a virtual reality (VR) and estimate the cognitive state from a visual stimulus? In this paper, we address the above question by developing an electroencephalography (EEG) driven VR cybersickness prediction model. The EEG data has been widely utilized to learn the cognitive representation of brain activity. In the first stage, to fully exploit the advantages of the EEG data, it is transformed into the multi-channel spectrogram which enables to account for the correlation of spectral and temporal coefficient. Then, a convolutional neural network (CNN) is applied to encode the cognitive representation of the EEG spectrogram. In the second stage, we train a cybersickness prediction model on the VR video sequence by designing a Recurrent Neural Network (RNN). Here, the encoded cognitive representation is transferred to the model to train the visual and cognitive features for cybersickness prediction. Through the proposed framework, it is possible to predict the cybersickness level that reflects brain activity automatically. We use 8-channels EEG data to record brain activity while more than 200 subjects experience 44 different VR contents. After rigorous training, we demonstrate that the proposed framework reliably estimates cognitive states without the EEG data. Furthermore, it achieves state-of-the-art performance comparing to existing VR cybersickness prediction models.