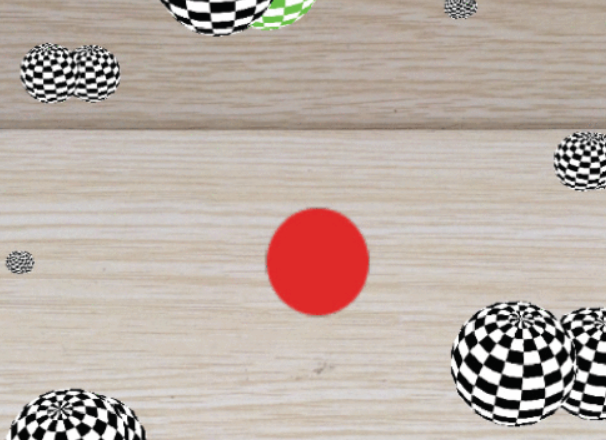 Augmented reality (AR) capabilities on handheld mobile devices are increasing; therefore, interaction with a virtual scene is a key feature to explore the full potential of mobile AR. One of the primary interaction tasks is 3D target selection. Because touch screens provide a direct means of interaction with AR content by directly touching and manipulating AR elements, touch-based interaction is a natural and appealing style of input for AR applications. However, developing AR selection techniques for handheld devices using touch screens is not a straightforward task. One issue is that while interacting with AR targets, users occlude the targets with their fingers. Furthermore, because the user’s finger covers a large area of the screen, the size of the target users can touch is limited. In addition, in a 3D AR environment, it is difficult to select targets by touch when they are occluded from each other due to differences in spatial depth. In this paper, we present four novels AR selection techniques for handheld mobile devices that can precisely select targets with small sizes even when they are occluded. Then, we present the results of an experimental study in which we evaluated the usability, performance, and error rate of our proposed and existing AR selection techniques.