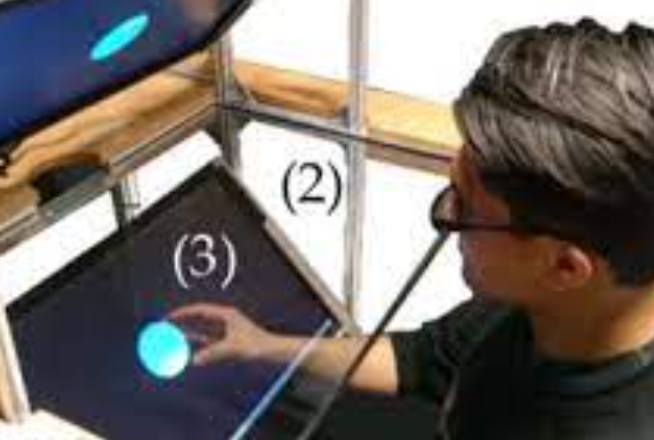 A common approach to visio-haptic human-machine interfaces adopts a simpler design by shifting grounded force feedback away from the virtual scene. The alternative design favors intuitiveness by displaying visual and grounded force feedback at the same location (i.e. visuo-haptic co-location) but requires a sensibly more complex implementation and a tedious kinematic conception. The benefits of one approach over the other had not been fully investigated. Notably, (i) while users seem to better operate under co-located condition, it’s not always the case. (ii) In the case of a desktop interface, the cost of a complex implementation to achieve co-location is challenged. We aim here to resolve (i) by conducting a user-centered experiment in which participants performed two generic tasks in co-located and delocated configurations, and comparing their performances. Additionally, we intend to fill the gap (ii) by testing a design without continuous head tracking, i.e., with static co-location. Participants’ performances are assessed in terms of execution time, accuracy and force variation, while their subjective experiences are collected via a survey. Findings indicate that co-located configurations lead to shorter execution times, more accurate motions, better management of forces and are largely preferred by users, even when the co-location is pre-calibrated statically.