Bending the Curve: Sensitivity to Bending of Curved Paths and Application in Room-Scale VR

PDF: Bending the Curve: Sensitivity to Bending of Curved Paths and Application in Room-Scale VR 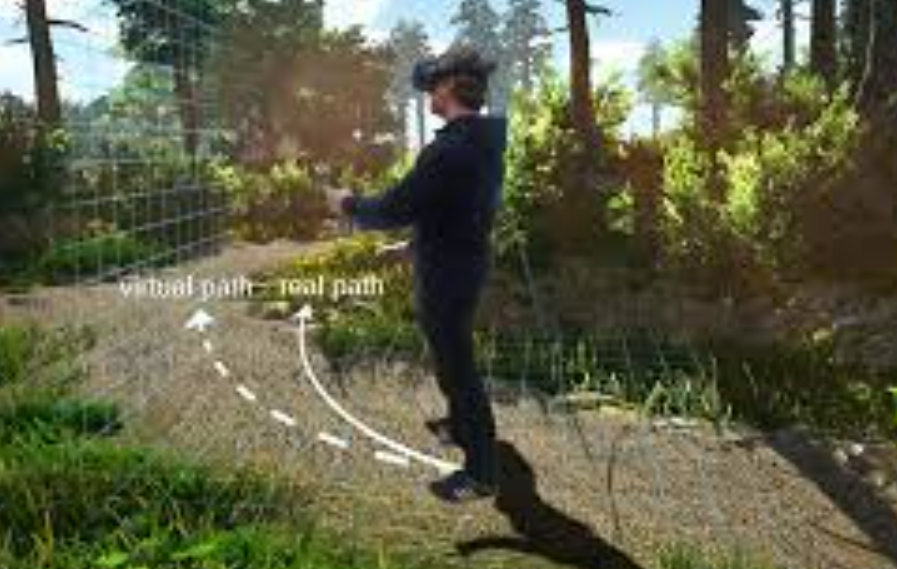 Redirected walking (RDW) promises to allow near-natural walking in an infinitely large virtual environment (VE) by subtle manipulations of the virtual camera. Previous experiments analyzed the human sensitivity to RDW manipulations by focusing on the worst-case scenario, in which users walk perfectly straight ahead in the VE, whereas they are redirected on a circular path in the real world. The results showed that a physical radius of at least 22 meters is required for undetectable RDW. However, users do not always walk exactly straight in a VE. So far, it has not been investigated how much a physical path can be bent in situations in which users walk a virtual curved path instead of a straight one. Such curved walking paths can be often observed, for example, when users walk on virtual trails, through bent corridors, or when circling around obstacles. In such situations the question is not, whether or not the physical path can be bent, but how much the bending of the physical path may vary from the bending of the virtual path. In this article, we analyze this question and present redirection by means of bending gains that describe the discrepancy between the bending of curved paths in the real and virtual environment. Furthermore, we report the psychophysical experiments in which we analyzed the human sensitivity to these gains. The results reveal encouragingly wider detection thresholds than for straightforward walking. Based on our findings, we discuss the potential of curved walking and present a first approach to leverage bent paths in a way that can provide undetectable RDW manipulations even in room-scale VR.