Teams: The University of Edinburgh

PDF: The Challenges in Modeling Human Performance in 3D Space with Fitts’ Law 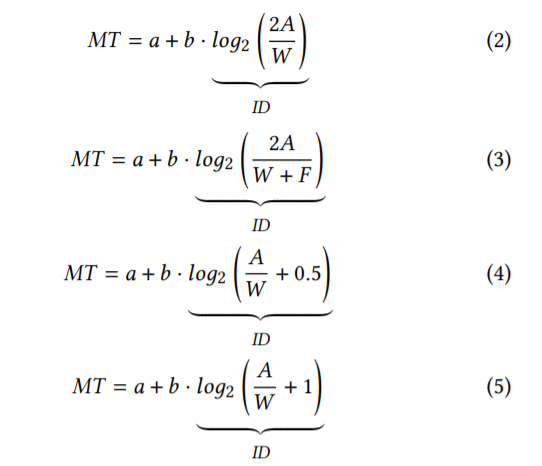 With the rapid growth in virtual reality technologies, object interaction is becoming increasingly more immersive, elucidating human perception and leading to promising directions towards evaluating human performance under different settings. This spike in technological growth exponentially increased the need for a human performance metric in 3D space. Fitts’ law is perhaps the most widely used human prediction model in HCI history attempting to capture human movement in lower dimensions. Despite the collective effort towards deriving an advanced extension of a 3D human performance model based on Fitts’ law, a standardized metric is still missing. Moreover, most of the extensions to date assume or limit their findings to certain settings, effectively disregarding important variables that are fundamental to 3D object interaction. In this review, we investigate and analyze the most prominent extensions of Fitts’ law and compare their characteristics pinpointing to potentially important aspects for deriving a higher-dimensional performance model. Lastly, we mention the complexities, frontiers as well as potential challenges that may lay ahead.