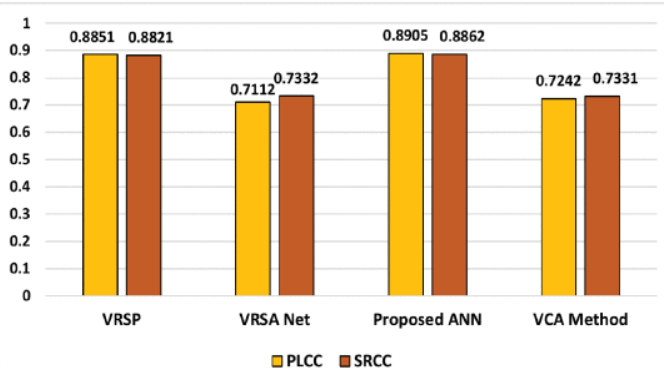 360-degree video provides an immersive experience to end-users through Virtual Reality (VR) Head-Mounted-Displays (HMDs). However, it is not trivial to understand the Quality of Experience (QoE) of 360-degree video since user experience is influenced by various factors that affect QoE when watching a 360-degree video in VR. This manuscript presents a machine learning-based QoE prediction of 360-degree video in VR, considering the two key QoE aspects: perceptual quality and cybersickness. In addition, we proposed two new QoE-affecting factors: user’s familiarity with VR and user’s interest in 360-degree video for the QoE evaluation. To aim this, we first conduct a subjective experiment on 96 video samples and collect datasets from 29 users for perceptual quality and cybersickness. We design a new Logistic Regression (LR) based model for QoE prediction in terms of perceptual quality. The prediction accuracy of the proposed model is compared against well-known supervised machine-learning algorithms such as k-Nearest Neighbors (kNN), Support Vector Machine (SVM), and Decision Tree (DT) with respect to accuracy rate, recall, f1-score, precision, and mean absolute error (MAE). LR performs well with 86% accuracy, which is in close agreement with subjective opinion. The prediction accuracy of the proposed model is then compared with existing QoE models in terms of perceptual quality. Finally, we build a Neural Network-based model for the QoE prediction in terms of cybersickness. The proposed model performs well against the state of the art QoE prediction methods in terms of cybersickness.