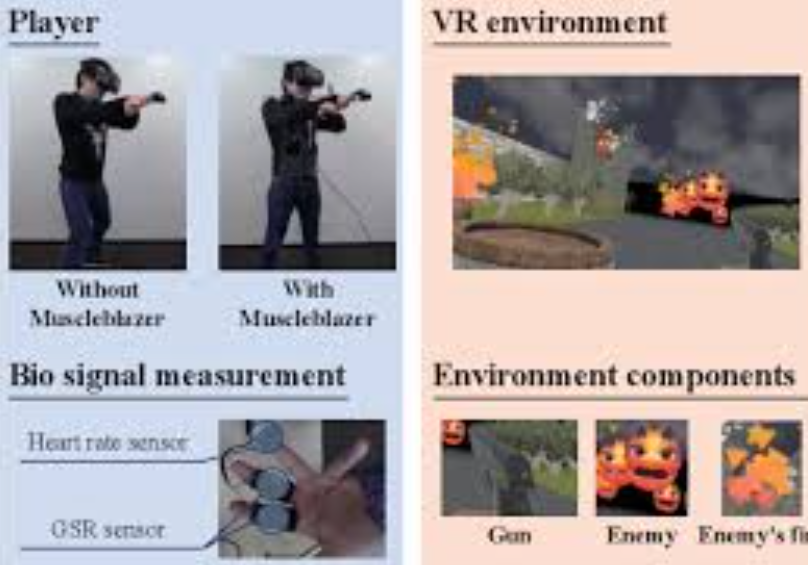 The increasing use of virtual reality (VR) and augmented reality (AR) systems has opened the possibility of providing immersive experiences to the general population around the world. However, most of the existing systems do not provide highly effective force-feedback experiences to the user. To provide such augmented systems in combination with force-feedback, novel ideas must be introduced that can be easily integrated with the existing VR and AR technologies. This work proposes a first-person VR game integrated with a soft exoskeleton that enhances the quality of interaction between the subject and the virtual environment (VE) through an additional force-feedback element. The effect of introducing the force-feedback element on the user is analyzed by using biosensors and questionnaire feedback. The biosensors are used to measure the level of anxiety induced in the subject during interaction with the virtual environment. Conditions in which this interaction occurs with and without force-feedback are compared. The questionnaire analyzes the perceived change in emotions of users as a result of the introduction of the force-feedback element. This game can be played by most individuals, regardless of age and physical fitness.