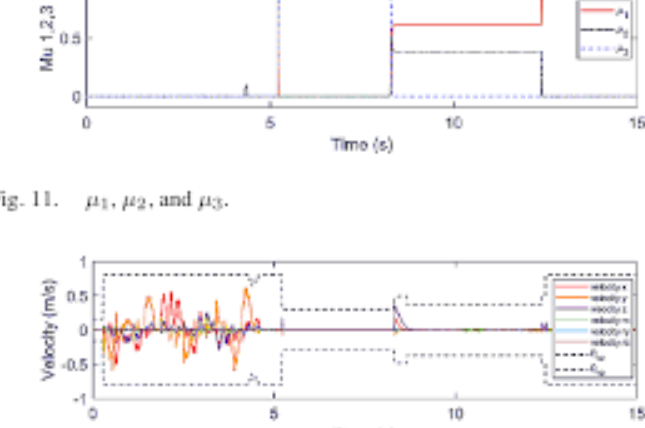 Virtual reality (VR) is regarded as a useful tool for teleoperation systems and provides operators with immersive visual feedback on the robot and the environment. However, without any haptic feedback or physical constructions, VR-based teleoperation systems normally suffer from poor maneuverability, and operational faults may be caused in some fine movements. In this article, we employ mixed reality (MR), which combines real and virtual worlds, to develop a novel teleoperation system. A new system design and control algorithms are proposed. For the system design, an MR interface is developed based on a virtual environment augmented with real-time data from the task space with the goal of enhancing the operator’s visual perception. To allow the operator to be freely decoupled from the control loop and offload the operator’s burden, a new interaction proxy is proposed to control the robot. For the control algorithms, two control modes are introduced to improve the long-distance movements and fine movements of the MR-based teleoperation system. In addition, a set of fuzzy-logic-based methods are proposed to regulate the orientation, position, velocity, and force of the robot to enhance the system’s maneuverability and address potential operational faults. A barrier Lyapunov function and a backstepping method are leveraged to design the control laws and simultaneously guarantee the system’s stability under state constraints. Experiments conducted using a six-degree-of-freedom robotic arm prove the feasibility of the system.