Get a Grip! Introducing Variable Grip for Controller-Based VR Systems 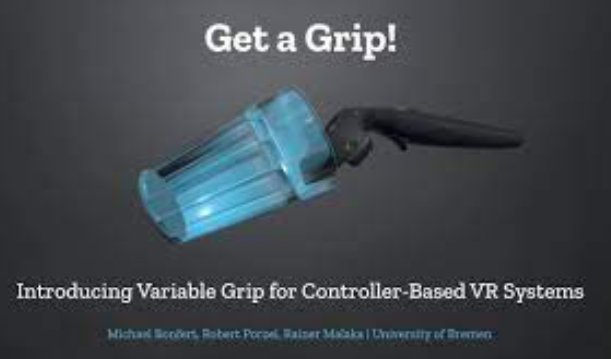 We propose an approach to facilitate adjustable grip for object interaction in virtual reality. It enables the user to handle objects with loose and firm grip using conventional controllers. Pivotal design properties were identified and evaluated in a qualitative pilot study. Two revised interaction designs with variable grip were compared to the status quo of invariable grip in a quantitative study. The users performed placing actions with all interaction modes. Performance, clutching, task load, and usability were measured. While the handling time increased slightly using variable grip, the usability score was significantly higher. No substantial differences were measured in positioning accuracy. The results lead to the conclusion that variable grip can be useful and improve realism depending on tasks, goals, and user preference.