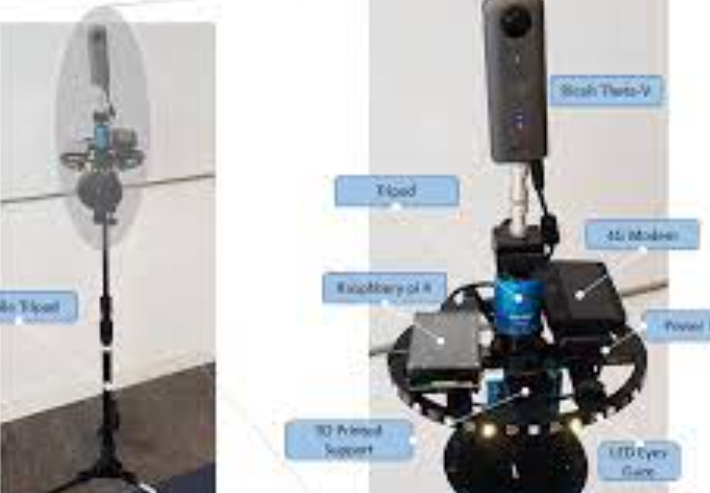 In this work we present Virtual Tour, a low cost telepresence system that provides the possibility of visiting a remote place almost reaching the feeling of being physically there. This is accomplished by a fully mobile, consumer setup composed of a VR Headset, 360° video camera and a full-duplex audio system. On one hand, the remote environment is captured, stitched and encoded by the 360° camera. Resulting video and audio are streamed using a custom low latency streaming solution. On the other hand, user wears an untethered VR HMD to experiment a full immersion and close interaction with the remote space. In addition, conference capabilities of the proposed system boosts the telepresence feeling since the user can have a real-time conversation with people on the remote scenario.