PDF: Evaluating the Effectiveness of Redirected Walking with Auditory Distractors for Navigation in Virtual Environments 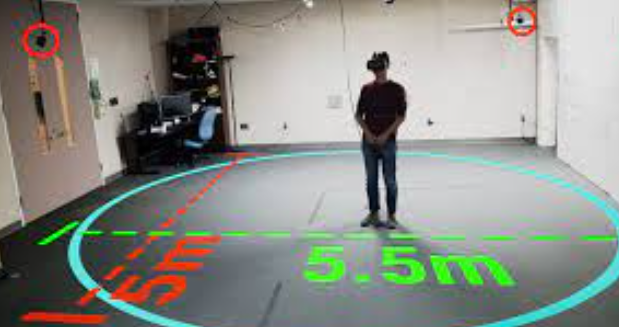 Many virtual locomotion interfaces allowing users to move in virtual reality have been built and evaluated, such as redirected walking (RDW), walking-in-place (WIP), and joystick input. RDW has been shown to be among the most natural and immersive as it supports real walking, and many newer methods further adapt RDW to allow for customization and greater immersion. Most of these methods have been demonstrated to work with vision, in this paper we evaluate the ability for a general distractor-based RDW framework to be used with only auditory display. We conducted two studies evaluating the differences between RDW with auditory distractors and other distractor modalities using distraction ratio, virtual and physical path information, immersion, simulator sickness, and other measurements. Our results indicate that auditory RDW has the potential to be used with complex navigational tasks, such as crossing streets and avoiding obstacles. It can be used without designing the system specifically for audio-only users. Additionally, sense of presence and simulator sickness remain reasonable across all user groups.