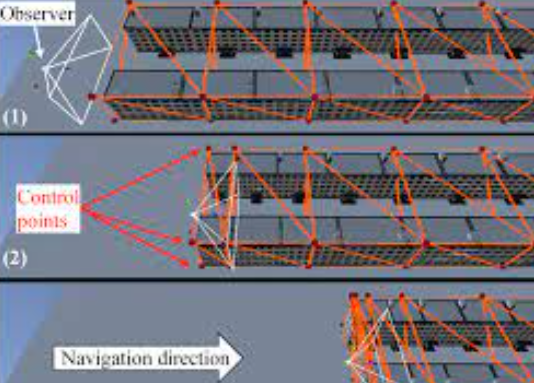 One major and well-known issue that occurs during VR experience is the appearance of cybersickness, which refrains users from accepting VR technologies. The induced cybersickness is due to a self-motion feeling that is produced when users see objects moving in the virtual world. To reduce cybersickness several methods have been proposed in the literature, however they do not guarantee immersion and navigation quality. In this paper, a new method to reduce cybersickness is proposed. The geometric deformation of the virtual model displayed in the peripheral field of view allows reducing the self-motion perceived by the user. Pilot test results show that visually induced self-motion is reduced with a guaranteed immersion quality while the user navigation parameters are kept.